This end of the week was the one of the 31st King Bird Festival in Le Puy-en-Velay. Inspired by an ancient tradition that is nearly 500 years old, this festival highlights the Renaissance era in every corner of the city. It’s a huge historical fuss in Le Puy!

Pilgrim, do you know this facet of the first French start to Santiago? Close-up on this “sideways” festival that is at the heart of Le Puy-en-Velay’s life!

The King Bird: where, when, why?

The King Bird Festival takes place in Le Puy-en-Velay. No more precision, because for the whole time of the fests, the whole city fast backwards in History. Activities catch people by surprise at every street corner… an opportunity to discover Le Puy in a very uncommon way! Every year during 5 days of the 3rd week of September, the Velay region’s Renaissance popular traditions are brought up to date!

Originally, a Middle-Age archery contest: the bird game. Pretty common in France, it was meant to prove archers’ skills, as they had to shoot a bird made of rags with their arrows This tradition only came up in the Velay region in 1524. The contest took place on the Monday following the Pentecost and was meat to focus the archer”s energy. The winner of the game won money and recognition, but also some privileges. He was for instance proclaimed king for a year and took part to the middle-class life of the city. The tradition disappeared slowly through History.

In 1986, Le Puy’s municipality revived the game of the bird and the traditions of its time. The contest became the main event of a festival that highlights the Renaissance culture and arts. The King Bird Festival was reborn!

(Banner hanged at the place du Plot, by William Bonhotal)

The festival is an occasion to an big immersion in History. No need of a time-machine to go back in time, the Renaissance era comes to us and comes alive before our eyes! As a foretaste, the city dresses up in banners and flags. Yellow and blue become the dominant colors of Le Puy for 5 days! Tent camps are organized here and there; the main square becomes an old-fashioned arena for shows… and the archery contest!

The neighborhoods of the city stage scenes that reenact the life of the Renaissance era. Royal or military quarters, public baths, crafts or medical science, all and more are represented in the camps that are scattered in town. Many animations also reenact Renaissance traditions through the city. Costume show, open theater, markets, exhibitions, conferences, tours… If one doesn’t go to meet History, History will come to him-her!

Finally, the most obvious, visible and fun is… the costumes! During the time of the Festival, anyone can chose to dress in his-her most beautiful Renaissance clothes. Countrymen, common people, bourgeois, craftsmen, salesmen, military men, clergymen, pilgrims… The whole society of the time is represented in the streets. It’s a true journey throught time to just step back and watch people coming and going around. Anyone can also participate by renting a costume for a day… or for the whole time of the Festival! 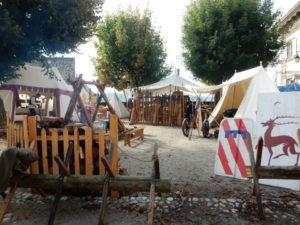 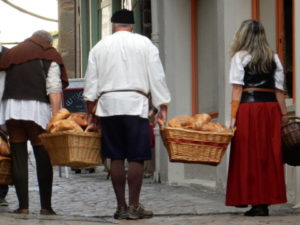 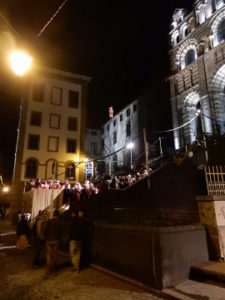 The King Bird Festival is first of all… feasts! Renaissance style, of course. Concerts and music, big show and street performances, balls, historical parades, means of enjoyment are countless! Taverns and inns thrive in town, in addition to the regular bars and restaurants of Le Puy. Something to eat and drink (well!) through the Festival…

Many contests are organized for the occasion: photography, shop fronts, jousts and wine brewing. Of course, the heart of the feasts is the archery contest! Many participants come to take part to the heat, and spectators as well. The 8 best archers are called on the main square in public and compete in the finale to decide who will be King Bird for the year. Youngsters are not left out, as they also participate to the contest to crown the Prince Bird, for the year also.

(These 3 pictures are reproduced from www.roideloiseau.com, rights reserved: thank them!) 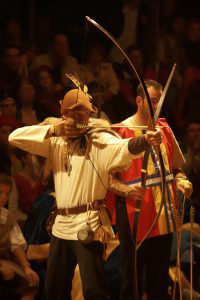 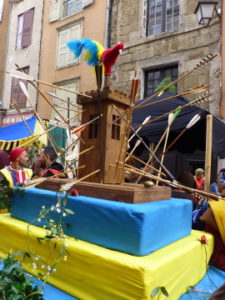 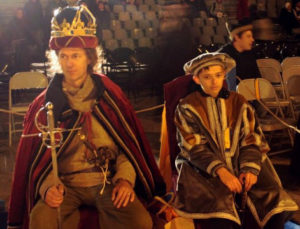 Did you know the traditional festival of Le Puy-en-Velay? Did you already go; participated? As a pilgrim, do you tend to avoid or look forward to such evens on your Way? 😉