It’s been a while now that the beans were spilled on the Camino and the news discussed among pilgrims. David, famous people of the Way, is leaving. 7 years after its creation on the Camino Frances a little bit before Astorga, he leaves the Casa de los Dioses where he welcomed pilgrims.

David explains his decision to leave the Casa to “Camino de Santiago Radio”… in Spanish. In this post, here’s his interview’s translation in English! 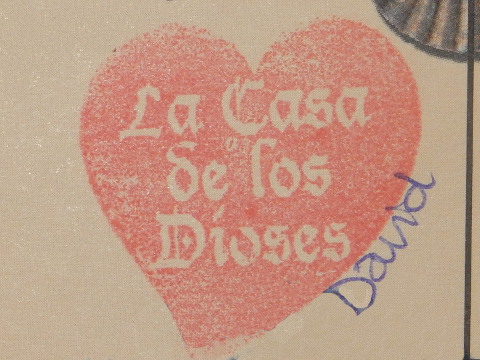 Around the end of September, Camino de Santiago Radio announced David’s departure from the Casa de los Dioses in this post (in Spanish). It was quickly followed by the publication of a video in which David explained his choice.

To make David’s feelings known for the greatest amount of people, I decided to translate his message in English I the best way I could…

“Farewell to the Casa de los Dioses… David explains his reality to us.”

[David] Well… This is a video you can share among you and spread as I took the decision to leave after some time of thinking.

It’s obvious I lost joy towards la Casa de los Dioses… Well… I’m leaving and ending it… It’s a process… as it’s about to shut down, we still have to make it happen: as you all know it, it’s not something that has been created by David, it’s something that belongs to all and had been created by the people from all over the world and those who participated to its existence. 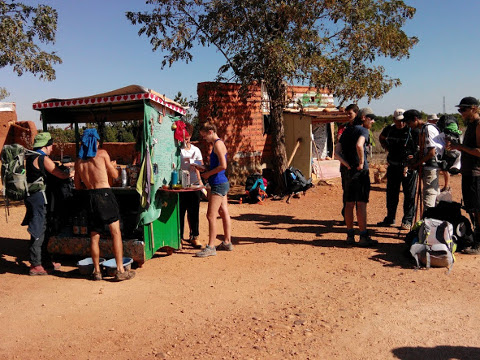 To respect David, I will do it one way or the other; to what is here, to those of the association, (I will leave the association) it’s important for everyone to know that among the various reasons that led to all of this, the fact is, in my heart, I feel that human beings… must get back in touch, deeply, with things that exist and with all that happens to humanity.

To David, on the Camino de Santiago (that is like a trademark created by and by), there is what I’ll call a true hypocrisy, through facts that emerge days after days and that are related to more global standards (among which, ie., Church and religion) or revealed through ordinary people, who talk of spirituality, yoga, love (whatever you want!)… But when the truth is revealed… what I actually witness is that what matters is what we can get out of people.

Because when someone arrives on the Way nowadays and decides for himself to do it without money (or is forced to do so because of situations in which we could all be confronted to one day), this person hits a bone that is… the first obstacle is, ie, (and because it’s the Camino de Santiago) what is called a credential. So here it is, reality tells us that to acquire a credential, one has to pay for it. And from the perspective of a person without wealth, one can start to understand the hypocrisy that exists on the Way. When this Way belonged to the people (because I believe it did belong to the people), we allowed that it all came to this… didn’t we? 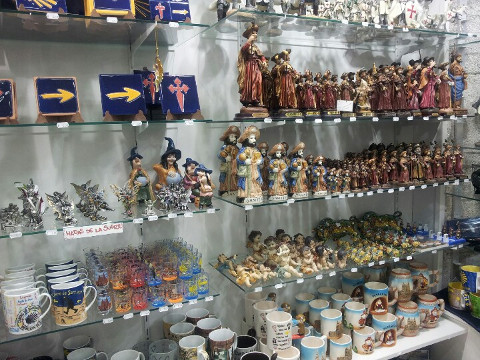 On the other hand, for David, it’s like the end of a cycle. What is happening to me this time around makes me deeply happy, because it’s a bit like putting down a big backpack. It’s been 7 years here, to be available nearly 6:30 everyday, I’ve lived without light, without current water, without using a car… and many other things… Not to dedicate fully… All, all of that… And giving it all my heart… Today, I feel indeed I’m not prepared to keep going on here. Because my heart is somewhere else.

Since Suzy joined the project, everything changed for me, because I can dedicate almost nothing to her, because everything is for the place. And truly, I now feel that she’s by my side in life, she’s lived here day after day and she also deserve that we go on together towards new things…

I believe that… it will remain in the hand of those who will stay there. But for me, it would be hypocritical to keep going on like that. I’m not going to participate to it anymore. I will leave the same way I started. I didn’t put a single Euro in this project and I’ll go the same way. I’ll leave without taking a single Euro with me. I don’t want anything. 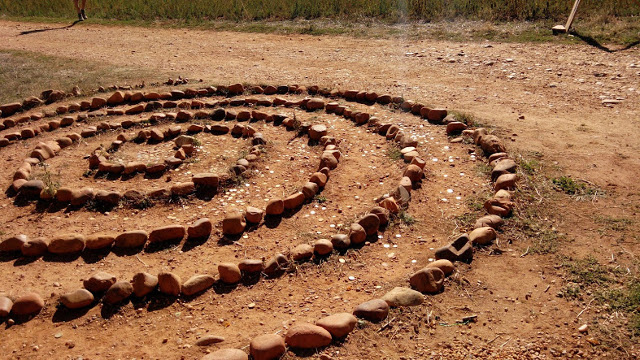 To me, another disaster of humanity is money. What’s sad is, people think money is important. I’ve heard it a million time here, because when people were arriving in this place and when I was telling them it was free (and it is free!! and it was working this way; I don’t know if it will remain free), people would ask: “How do you make a living out of it?”. I would always answer them not to mix life with money, because how I live has nothing to do with what they buy. Moreover,things can happen is a lot of ways. We simply lack of connection to life’s magic.

So, I thank everyone who participated to it, who came here, who believed in it. But this, it’s not David. It’s a attitude meant for us to think about where we’re all heading to. I believe it will be good, to people who enjoyed this place. It will remain in your hearts, not like something separated to your vital experiences, but like something that could happen in your life everyday.

And remember that what happens is not important: what we do of our experiences is. And finally, the garden inside the place here symbolically represents that: “good life”. The garden was also symbolically our destiny to return to unity and simplicity. 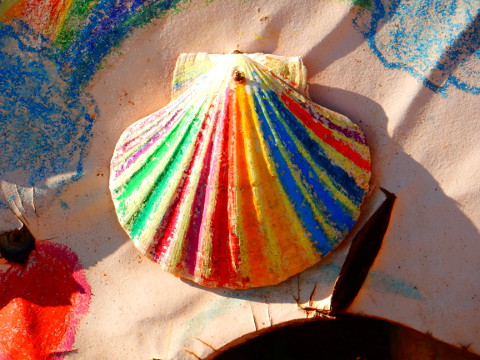 I also understood I felt the lack of a greater simplicity… Now, I’m in a perspective of rising… to rise with the idea to do nothing and fully enjoy all that I have. And here, to me, I’ve reached the end. Everything ends, nothing lasts forever. And above all that, events took place, like what happened to my children, which made me think to the changes I had to make. Here it is, that’s all… I hug you all and I’m sure everything will happen and lead to something positive. I’m sure that all of this has a meaning. It’s important.

There are people on the Camino de Santiago at the moment… (at its root), who question whether to go along or to stop the hypocrisy. Because it’s very sad to see villages arguing, business fighting, everyone arguing to have more… And at the end it’s what we witness… they are worn out, more… more… I don’t know… These are things I don’t understand… It throws me in a deep emotional state. Here you are…

Take care, brothers! We will meet again… I’m leaving, but it’s a process I have to live. I have to let go on things that came to a close and pass them down… I will renounce the presidency of the association… People who participated here, I guess they don’t expect anything… then, they know I’ll do it in a way that will leave everything more or less in order. Ok?

Good life… and be strong.

[On the counter] “The key to essence is presence”

Thank you David to have talked about your decision! It’s sad, but you follow your heart and go on towards new perspectives… What else can we say than a huge THANK YOU for all the years you selflessly dedicated to pilgrims at the Casa de los Dioses? May you find the joy in your heart again and know peace and happiness! 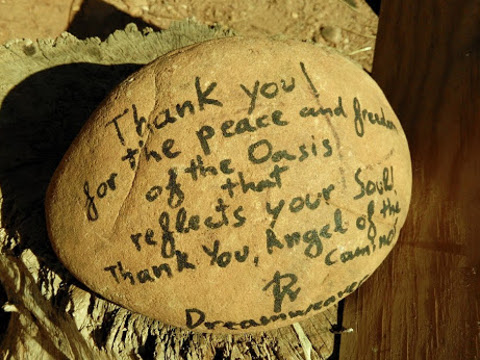 “Thank you! For the peace and freedom of the Oasis that reflects your Soul! Thank you, Angel of the Camino” by Dreamweaver, left at the Casa de los Dioses

And you, have you met David?